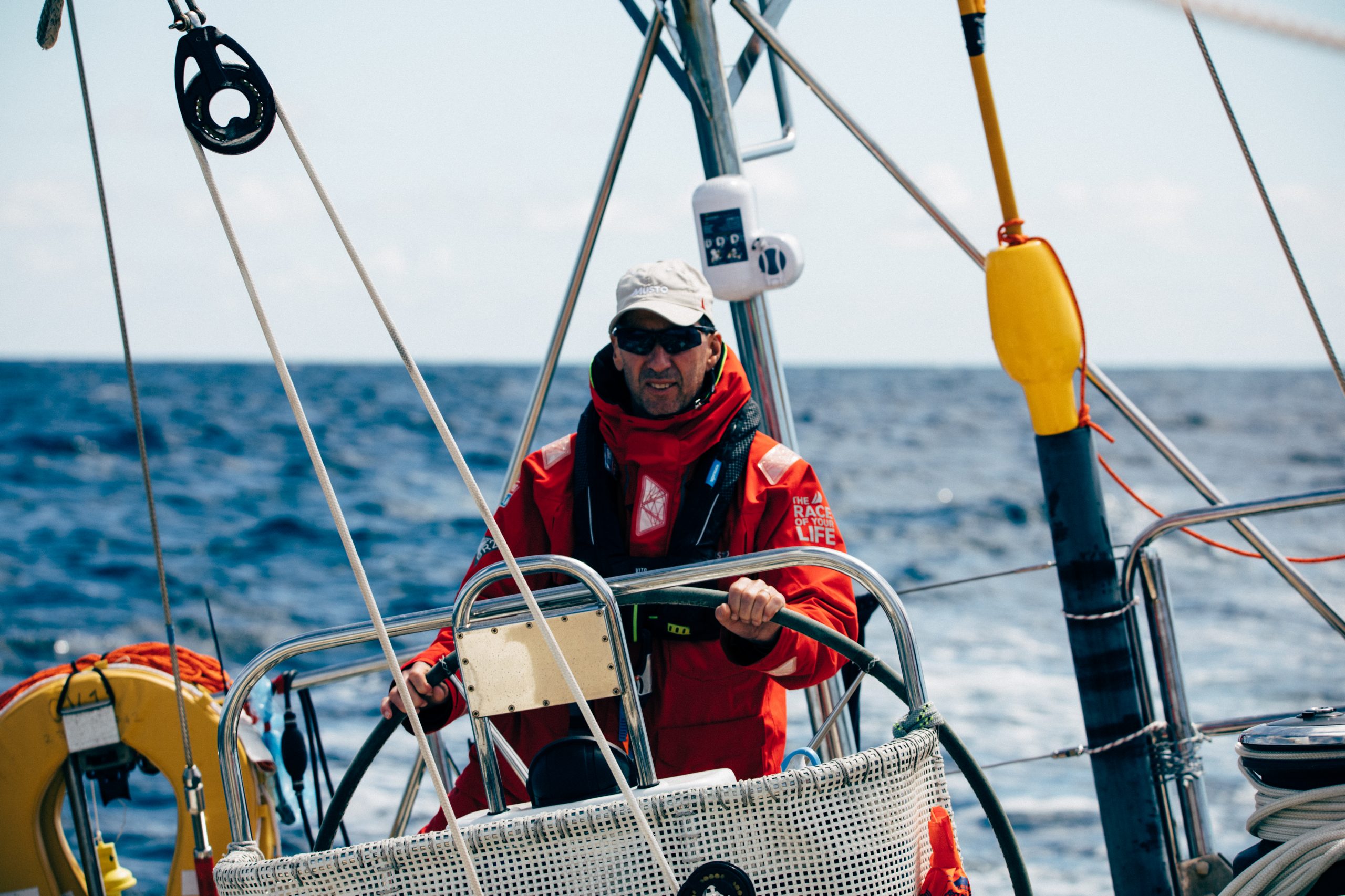 SKIRR Adventures is now well under way with both expedition yachts arriving in Tobermory today. Aboard ‘CV11’ we slipped lines from Gosport around 1PM following introductions and safety briefings. Getting of the dock was a fantastic milestone following months of hard work, planning, and prepping for this pandemic-thought-up adventure! I largely step on the boat and enjoy the fruits of many other’s hard labour, and as myself and crew sail away to exciting destinations I would like the thank the team back at base for their efforts.

The crew of CV11 is made up of a mixture of ex-Clipper Race crew and other novice yachtspersons with some prior experience. After slipping Gosport and having lunch underway we dusted away the cobwebs with some training, all the time utilizing the strong ebb tide to escape the clutches of the Solent.

The passage to Scotland can be easily split up into three sections, the South Coast, Lands End to Ireland and Ireland to Scotland. For the first and last we had headwinds which are no problem for the Clipper 68 which munches those upwind miles up well. The leg up the Irish sea however was sublime, a close or beam reach, gentle heel and boat speeds between 7 and 10 knots which felt effortless. Due to these conditions, we made great time and were well within our 4-day target to get to Tobermory, as such the Skipper floated a well-received idea to add in another stop and head to the Scottish island of Islay which boasts 7 well known distilleries. As fellow expedition yacht CV11 was too big for the dock in the quaint town of Port Ellen we anchored and dinghied ashore where a few tipples had by the crew. The Skipper and Mate even made it to a traveling Scottish classical music concert held at a local distillery in the evening.

As I write this we are on the 70nm passage from Port Ellen to Tobermory in the fruitiest conditions we’ve had so far. We had hoped to take the scenic route through the narrow Islay Sound but poor visibility and gusty conditions focused the attention on accurate helming and enhanced navigation. As we headed down the Sound visibility improved as we passed the numerous distilleries as the promised scenery emerged.

Now currently making between 8 & 11 knots we expect to be in Tobermory for dinner on board and perhaps a pint or two at a local hostelry. With the crew in high spirits they are currently on deck comparing surfing speeds and pestering the Skipper to shake a reef out so we can go faster!

We shall spend tomorrow in Tobermory to do some shoreside exploration before rounding off Leg 1 with a cruise to Oban via an island or two.